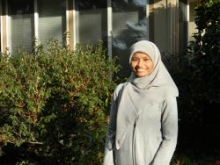 Zatil obtained her B.S degree from Food Science and Technology Department of Bogor Agricaltural University, Indonesia in 2010. Then she received scholarship from her government to pursue a master degree in Oregon State University. After finishing her coursework in Corvallis, she moved to Astoria. Currently, she is doing research about fat blocking ability of surimi film under guidance of Prof. Park. 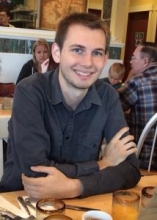 My name is Devin and I am from Philomath Oregon! Right now I am working towards a B.S degree in microbiology at Oregon State University. I have been making the most of this summer in Astoria Oregon at the OSU seafood lab! Here I am working on a project dealing with surimi gelation chemistry under Dr. Jae Park. I enjoy meeting new people. 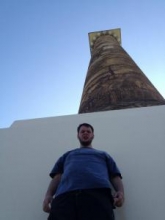 Received BS in Food Science from Brigham Young University in 2010. Worked for a year in Quality Assurance for Glanbia Foods. Currently pursuing an MS in Food Science. My long term goal is to become the UFC heavyweight champion of the world but in the meantime I am working on the Masters' Degree as a backup. 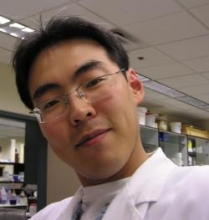 I started school in the Food Science department the winter of 2010. After spring 2011, I moved to Astoria and began conducting research at the OSU Seafood Lab on crabstick with rice flour as a functional ingredient. I was born in Seoul, which is capital of South Korea. I attended Gyeongsang National University in Korea for my undergraduate degree where I studied seafood science. During those four years I started making surim and surimi gels such as imitation crabstick. After graduation in 2006, I started to study about functional and nutritional materials for two years as a graduate student in Korea.

Sungik graduated with and M.S. in Food Science and Technology on December 5, 2011.  His thesis was entitled: Rice Flour - A functional ingredient for premium crabstick and can be accessed here

I am a local from Astoria, Oregon and I received a BS in Dietetics with a minor in Chemistry at Oregon State University. I am currently pursuing a MS in Food Science and Technology, focusing on seafood. I have an affinity for craft beer and I'm an avid fan of 60's/70's classic rock music. 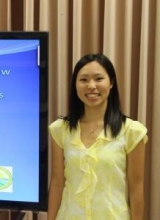 I am from Japan and I obtained my BS in biology from Purdue University, Fort Wayne. During those four years, I was on tennis team. After graduation in 2011, I moved to Kentucky and got my MS in aquaculture/aquatic science from Kentucky State University. My thesis was focusing on fish nutrition. Currently, I am pursuing a PhD in food science. 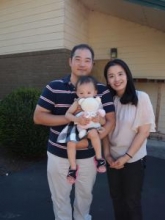 Jay and his family (wife Bona and baby daughter Se Ah) moved to Corvallis in September 2013 and then to Astoria at the OSU Seafood Laboratory.  He started his Ph.D. program at Food Science and Technology. After taking his MS degree in Food Science from Korea University, he spent 4 years at CJ Foods in Seoul, Korea.

MG is a visiting graduate (MS) student from Kangwon National University, South Korea.  He is a graduate student of Prof. Won Yoon who is a former student of Dr. Park.  Does it mean MG is Dr. Park's grandkid? He is scheduled to work at Dr. Park's lab from Dec 2013 - July 2014.  He will conduct three major projects: 1) the effect of pH on the gelation of fish proteins; 2) thermal properties of fish proteins; 3) fish protein isolates.

I am a visiting graduate (MS) student from Kangwon National University, South Korea. I am scheduled to work at Dr. Park's laboratory form Jun 2014 - Jan 2015. I will learn and experience many skills and techniques to evaluate the quality of surimi and surimi seafood. 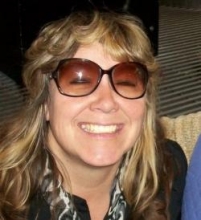 Beth conducted seafood research at the laboratory for 5 months in 2011. 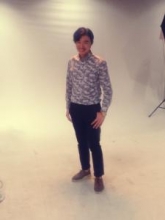 I am a visiting student from Kangwon National University, South Korea. I am scheduled to work with Dr. Park from Jan 2015 to Jan 2016. I will learn and experience many skills and techniques to evaluate the quality of surimi and surimi seafood. I enjoy watching movies, playing soccer, listening to music, and having a quiet drink with friends. 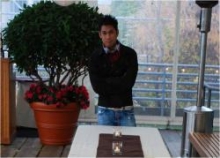 Prior to coming to the Seafood Lab, Sand got a Bachelor degree from the Department of Microbiology, Chulalongkorn University, Thialand, in 2006. He started the Master degree program at Oregon State University with Dr.Park in 2007. He transfered into the PhD program starting Winter 2010. During the last 3 years, Sand has been studying the spectroscopic and rheological properties of surimi as affected by various chopping conditions. This will be the title of his PhD thesis when he defends his degree in 2012.

Born with the talent of making fun of people, he has his own way of enetertaining. They won't understand what he is going to do until they laugh. Sand always travels whenever his boss says he can go. But that rarely happens.

Motto: If look could kill, you would be dead already.

Dr. Poowakanjana completed his Ph.D. in Food Science and Technology in February 28, 2012.

His thesis was entitled: Rheological and spectrcopic Characterization of surimi under various comminuting and heating conditions and can be accessed here 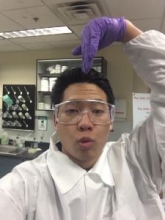 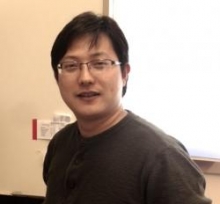 Tao is a visiting Ph.D. student from China's Hualzhong Agreiculture University.  He is spending one year (2012-2013) working in Dr. Park's laboratory. 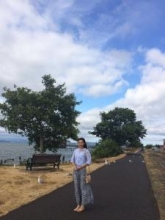 My name is Jingyi Du. I come from China. I got my bachelor degree in agriculture from China Agricultural University. I am pursuing my Master’s degree in Food Science & Technology department at Oregon State University. I like listening to music and watching movies.

Yishu is from China and obtained her BS in Dalian Ocean University. She is now taking her MS in Oregon State University, working on seafood safety. She likes swimming. Astoria will be a really good place for her to study and work.

Lei Ma completed her MS in Food Science and Technology in February 28, 2012.

Her thesis was entitled: Commercial Application of High Pressure Processing for Inactivating Vibrio parahaemolyticus in Pacific Oysters (Crassostrea gigas) and can be accessed here 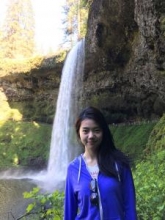 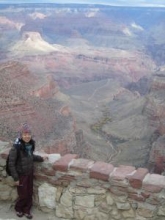 Jing Mou is a M.S. student in the department of Food Science & Technology at Oregon State University. She is working at the OSU Seafood Research and Education Center on a project of determining the inhibitory ability of polyphosphates on Vibrio parahaemolyticus, which may be utilized in the post-harvest processes of seafood products. She obtained her B.S. degree in 2010 majoring Food Quality and Safety from China Agricultural University in China. 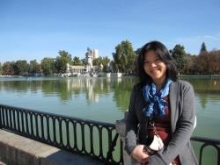 Sureerat received her B.S. in Food Science & Technology (FST) from Kasetsart University, Thailand, in 2003. She was then fortunate to start her M.S. program (also in FST) at Oregon State University under the guidance of Dr. Yi-Cheng Su in Fall 2005. After completing the M.S. program, she worked as a technician in his lab for 8 months and decided to pursue her Ph.D. program (with the same boss) in Winter 2009. Her current research focuses on the application of depuration as a post-harvest treatment for reducing Vibrio parahaemolyticus in oysters. She has shucked a few thousands of oysters and many more to come for her research.

Note is her Thai nickname with a meaning of musical notes (she hopes she can play any musical instrument). She is not afriad of trying something new. She enjoys cooking and hanging out with friends or even with a TV at home. 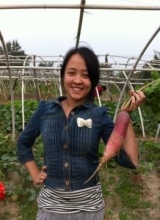 My name is Xiaoye Shen and I come from China.  I received my BS degree from Henan Agricultural University, and I am pursuing my Master's degree of Food Science & Technology at Oregon State University.  I will move to Astoria and start my research next year (2014).  By the way, I am a big fan of hiking and traveling. 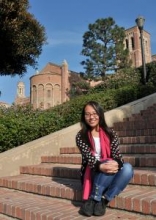 Sara is from China. She obtained her B.S. degree in Shanghai Jiao Tong University in 2011. She is now engaged in studying classes in Corvallis. She will move to Astoria this summer to start her research. She can't wait to join the seafood family and get to know others!

I am from Indonesia. I got my BS in Fisheries Science from Sam Ratulangi University, Manado-North Sulawesi and MS in Food Science from Bogor Agricultural University (IPB), Bogor-West Java. I came to OSU with Fulbright Agricultural Scholarship (funded by USAID) in 2013. Currently, I am enrolled as a PhD student in Department of Food Science & Technology, where I am concentrating my research on Seafood Quality and Safety.

I am originally from Virginia and completed my B.S. degree in Food Science and Technology at Virginia Tech in May 2013. After graduating, I spent a year studying and working in Germany with the Congress-Bundestag Youth Exchange for Young Professionals. I enjoy traveling and seeing new places, and not wanting the adventures to end upon my return to the United States, I decided to drive across the country to pursue my M.S. degree from Oregon State University, focusing on seafood. 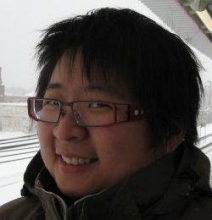 Lin Koh is currently doing an internship at the Seafood Lab.  She completed her Master of Science in the Department of Food Science & Tehcnology at OSU.  She hails from Dallas, TX via Malaysia.  She obtained her BS 2007 in Food Science from Oklahoma State University in lovely Stillwater, OK.  During her time there she completed an internship at Cornell and with 21st Sensory, Inc.  After graduation, she worked as Research Associate in the Food Chemistry laboratory in the Food & Agriculture Products Center at Oklahoma State University.  She simultaneously started her Master of Science studies and initiated a project investigating the application of magnetic bead recovery and Real-time PCR for the detection of soy in foods.  In 2011 she transferred to Oregon State University to complete her M.S. studies.

Chern Lin Koh graduated with a M.S. in Food Science & Technology on December 19, 2012.  Her thesis was entitled: Evaluation of DNA recovery methods for the detection of soy in foods using real-time PCR and can be accessed here. 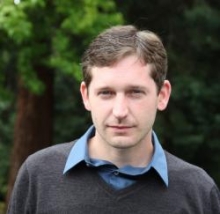 Austin Lowder hails from Garland, Texas.  Austin obtained his BS and MS in Animal Science from Texas A&M University (2007/2009).  His MS thesis, under the guidance of Dr. Wes Osburn, explored the use of blended lipid solutions to improve the nutritional profile of meat products.  He initiated his doctoral studies at Oklahoma State University investigating sodium reduction in injected beef loins before transferring to Oregon State University in 2011. He is now investigating the use of high pressure (HPP) and high pressure-low temperature (HPLT) processing in fresh and injected beef and will earn his PhD in Food Science in June 2013. 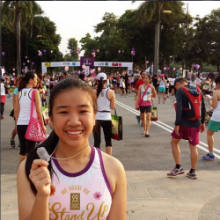 I am from Malaysia and am currently pursuing a B.S. degree in Food Science & Technology, with a minor in Chemistry at Oregon State University. Currently doing an internship at the OSU Seafood Lab for the summer whilst gaining as much experience as I can from this opportunity. I enjoy playing basketball, hiking, traveling, long distance running and trying new foods. 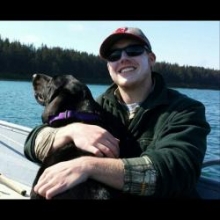 Local and currently an undergraduate student, transferring to OSU in the Fall of 2017. 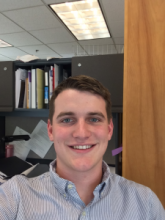 I am originally from Sacramento, CA. I am working towards finishing my bachelors in Food Science. I am a huge basketball fan and quite possibly the only Lakers fan from Sacramento.