by Pamela A. Rogers

The following are selected excerpt from Astoria Seafoods Laboratory, the first 60 years (1938-1998).

"In February of that year, R.W. Allgeier, a biochemist from Wisconsin, was named the first director.  A local newspaper article reported in April 1940 that he would begin work on freezing crab and hoped to work on Tillamook and Willapa oysters." 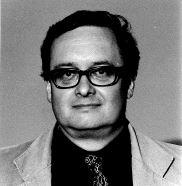 "Effective January 1966, Dr. David Crawford, a young assistant professor in Food Science who was working with Professor Sinnhuber, was named program director of the Laboratory.  In February Oregon State University received money from the Fish Commission to work on two projects.  The first was to study the use of hake (Pacific whiting), dogfish, and other by-products for poultry feed, fish feed, and other purposes, and the second was to develop new uses for another underuilized species, shad."

"In the 1960s, when the modified Louisiana shrimp peeling machines were being installed in Oregon plants, one major drawback was the high waste to recovery ratio.  With only a 15-20 percent return, there was very little profit margin.  The industry needed a way to boost the return.  Seafoods Laboratory Director Dave Crawford tacked the problem and developed a phosphate dip that left less meat attached to the shell and more in the finishing pan.  By 1981 he had perfected the technique and shared his results with the industry.  The new technique resulted in yield of 28-31 percent, a dramatic improvement, one that put the shrimp industry on a much more solid financial footing." 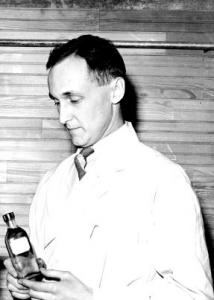 "The new director, Dr. Edward Harvey, was a young food technologist from Massachusetts who had come to Oregon to work with the famous Ernest Wiegan.  With his transfer from the main Oregon State College campus to Astoria, Harvey faced the taks of making something new out of the old cannery.  Coming from the East Coast where the fishing industry was hundreds of years old and where cod fisheries had been a prime reason for settlement, Harvey had a vision for expanding the Northwest's single focus on salmon.  During his tenure at the Seafoods Laboratory, from 1941 to 1965, he continually preached the gospel that just about anything harvested from the sea could and should be eaten.  He began a series of annual seafood dinners that featured "unusual" fishes, such as roast porpoise and shark.  Harvey's gospel was popular with fishermen and processors who were looking for new products to harvest and sell, but unfortunately it had marginal success with the public for many years." 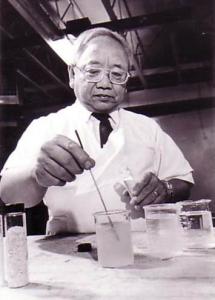 "In 1944 Professor Sinnhuber hired a research assistant, Duncan Law, who had just graduated from Oregon State College, to work with him in the area." (area refers to tests on dogfish liver oil for Vitamin A content)

"Duncan Law's official retirement from the Seafood Laboratory in 1984 marked the end of an era.  He had worked under two different directors, Harvey and Crawford, received the U.S. Department of Interior National Conservation Award, and served in a number of city offices, including city council.  It was this close link with the local community, the research community, and the seafood industry that would lead to another step forward for the Laboratory in 1997. Duncan Law may have retired, but he didn't quit working for the benefit of the Laboratory, the community, and the state."

"Although Duncan Law had retired from the Seafood Laboratory, he had not stopped his efforts to improve the seafood industry and the Astoria community.  He went to Congressman Les AuCoin to get support for his idea of a seafood consumer research and education center.  In 1990 the nonprofit Seafood Consumer Center was established to provide a facility and focal point for research and education for processing, harvesting, marketing, promotion, and consumption of seafood.  The Board of Directors included community leaders such as J.W. Forrester, publisher of the Daily Astorian, and Duncan Law; state agency representatives such as Joe Easley of Oregon Trawl Commission and Dalton Hobbs of the Oregon Department of Agriculture; educational representatives such as Jim Hogan of Clatsop Community College and Thayne Dutson and Lavern Weber of Oregon State University; seafood industry representatives such as Grant Larsen of Ocean Foods of Astoria; and City of Astoria representatives such as Mayor Willis VanDusen."